KIMBERLY KIRCHMEYER, Director
Kimberly Kirchmeyer was appointed director of the California Department of Consumer Affairs in October 2019. Kirchmeyer was executive director of the Medical Board of California since 2013, where she was deputy director from 2011 to 2013. She was deputy director of board and bureau relations at the Department of Consumer Affairs from 2009 to 2011 and deputy director at the Medical Board of California from 2005 to 2009, where she was a staff services manager from 2001 to 2005 and an associate governmental program analyst from 1999 to 2001. Kirchmeyer is a member of the International Association of Medical Regulatory Authorities, Federation of State Medical Boards Committees, Administrators in Medicine, and the United States Medical Licensing Examination State Board Advisory Panel. 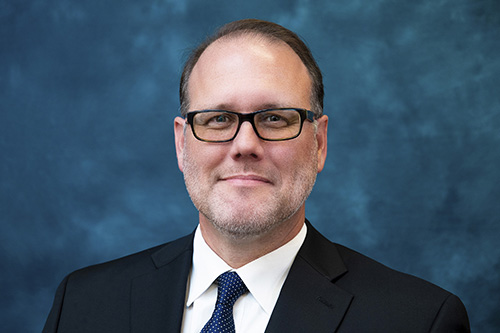 RYAN MARCROFT, Deputy Director, Legal Affairs Division
Ryan Marcroft was appointed in July 2017 as deputy director of the Legal Affairs Division. He previously served as DCA’s assistant chief counsel since 2016. Prior to his appointment, Marcroft was a deputy attorney general at the California Department of Justice, Office of the Attorney General, since 2010. He was a deputy legal affairs secretary in the Governor’s Office from 2006 to 2010, and a staff attorney at the Institute for Administrative Justice, California Parole Advocacy Program, from 2004 to 2006. He earned a Juris Doctor degree from the University of the Pacific, McGeorge School of Law.

GRACE ARUPO RODRIGUEZ, Assistant Deputy Director, Legal Affairs Division
Grace Arupo Rodriguez was appointed in July 2017. Prior to her appointment at DCA, Arupo Rodriguez served as deputy director of legal affairs in the Governor’s Office of Business and Economic Development from 2013 to 2017, and as senior deputy city attorney in the Sacramento City Attorney’s Office from 2012 to 2013. She was corporate counsel at the California Independent System Operator Corporation from 2007 to 2012, a business associate at Downey Brand LLP from 2002 to 2006, and a summer associate at Wilke Fleury Hoffelt Gould and Birney LLP in 2000. Arupo Rodriguez was president of the Asian Pacific Bar Association of Sacramento from 2011 to 2012. She earned a Juris Doctor degree from the University of California, Davis, School of Law.

VERONICA HARMS, Deputy Director, Communications
Veronica Harms was appointed in February 2016. As deputy director of communications, Harms oversees the offices of Public Affairs, Publications, Design and Editing, and Digital Print Services. Prior to her appointment, she worked at the State Senate Democratic Caucus, where she served as a consultant and media specialist since 2012. Harms held multiple positions at Ogilvy Public Relations from 2007 to 2012, including senior account executive and account supervisor. She held multiple positions at KCRA-TV from 2004 to 2007, including national sales assistant, local sales assistant, and account executive, and was a local sales assistant at KOVR-TV in 2003. Harms earned a bachelor of arts degree in communications from the University of California, Davis, and master of business administration degree from California State University, Sacramento.

NATALIE DANIEL, Deputy Director, Administrative Services
Natalie Daniel was appointed in October 2017. As deputy director of administrative services, Daniel oversees the Office of Human Resources, the Fiscal Operations office, and the Business Services Office. Prior to her appointment, Daniel was a fiscal supervisor at the Judicial Council of California from 2015 to 2017 where she managed judicial branch cash and revenue issues, operations budgeting, and capital construction financing. She also served at the California Department of Finance from 2009 to 2015 as a staff finance budget analyst in both state operations and capital outlay capacities. In addition, Daniel held various positions at the California State Water Resources Control Board, the California Public Employees’ Retirement System, and the California Department of Justice from 2000 to 2009. Daniel earned a bachelor of sciences degree in business administration, as well as a master of public administration degree, from the University of Southern California. 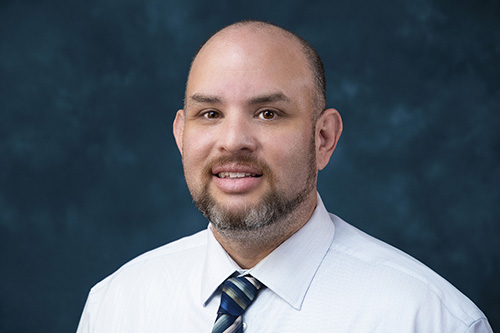 JASON PICCIONE, Deputy Director, Office of Information Services
Jason Piccione was appointed in November 2015. As chief information officer, he oversees DCA’s Office of Information Services as well as sets direction for information technology and coordinates infrastructure and service delivery across DCA. Prior to his appointment, Piccione served as DCA’s chief technology officer. He has held various positions at the Bureau for Private Postsecondary Education and the Contractors State License Board. Piccione has worked more than 15 years in public service. He obtained a bachelor of arts degree from the University of California, Davis.

TRACY MONTEZ, Chief, Division of Programs and Policy Review
Tracy Montez was appointed in February 2016. As chief of division of programs and policy review, Montez oversees a number of units within DCA, including the Office of Professional Examination Services (OPES) and the Consumer Information Center. Prior to her appointment, Montez served as the branch administrator for the District, School, and Innovation Branch in the Deputy Superintendent’s Office within the California Department of Education. She has more than 20 years of experience providing assessment and regulatory expertise to city, state, and national organizations. Previously, she held the position of chief at OPES and served as an independent consultant, contracting with several boards under DCA. Montez holds a doctorate of philosophy in industrial and organizational psychology from Kansas State University.

DAVID M. CHRISS, Chief, Division of Investigation
David M. Chriss was appointed in January 2016. From 2012 to 2016, he had served as deputy chief for the Division of Investigation. With more than 27 years of investigative and managerial law enforcement experience, Chriss has held various law enforcement positions throughout his career, including deputy inspector general, senior for the Office of the Inspector General, supervising investigator, senior special investigator, and investigator. He also served as a police officer, police corporal, and police sergeant for the Lincoln Police Department. Chriss obtained a bachelor of arts degree in government and international relations from California State University, Sacramento, and an associate of arts degree from Sierra College in administration of justice. 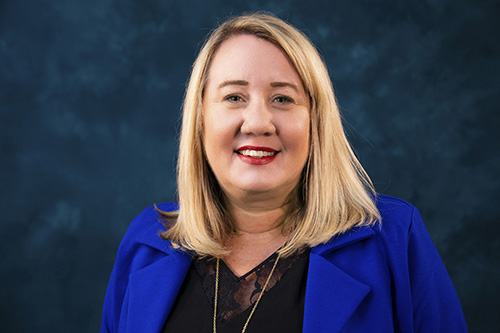 JENNIFER SIMOES, Deputy Director, Legislative Affairs
Jennifer Simoes was appointed in March 2020. Prior to her appointment, Simoes served as chief of legislation at the Medical Board of California since 2010. She was assistant deputy director of legislative and governmental affairs at the California Department of Public Health from 2008 to 2010. Simoes was legislative coordinator and staff services manager at the Department of Public Health and Department of Health Services from 2003 to 2008.
DCA Board Member Roster